Our DevSquad Twitter Posts are now written by OpenAI 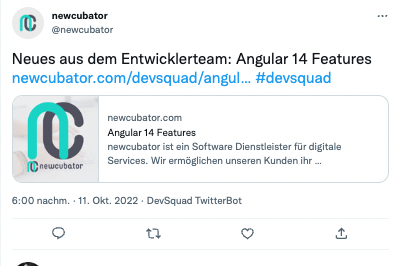 It's obvious to the reader that the tweet is auto generated, reducing the likelyhood of someone interacting with the tweet. Also it doesn't fit twitters platform very well, there are no custom hashtags and a twitter profile where most tweets start with the same 4 words just looks boring.

What if we could make the tweets more interesting by generating them with OpenAI? The language model was mostly trained on data crawled from the web, which probably included a lot of tweets. So it should be pretty good at tweeting!

I jumped into OpenAI's playground and started experimenting. Having played with OpenAI before, I had a rough idea how a good prompt might look and I quickly got great results: 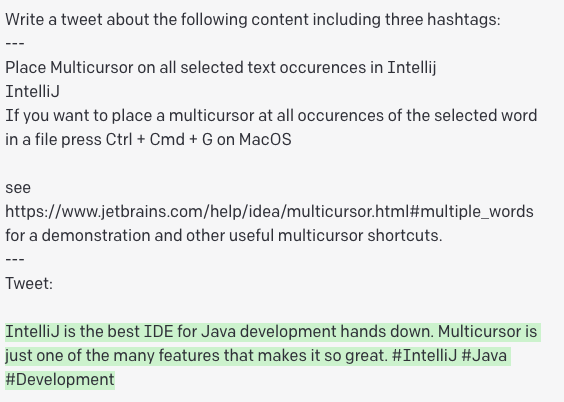 We finally chose the following prompt for our bot:

250 characters were chosen, so we can append the DevSquad url at the end. Twitter automatically generates a shortlink for urls, so 30 characters should be enough for all urls. 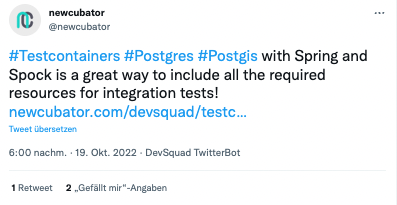